HERE IT IS | Jackrabbit Road 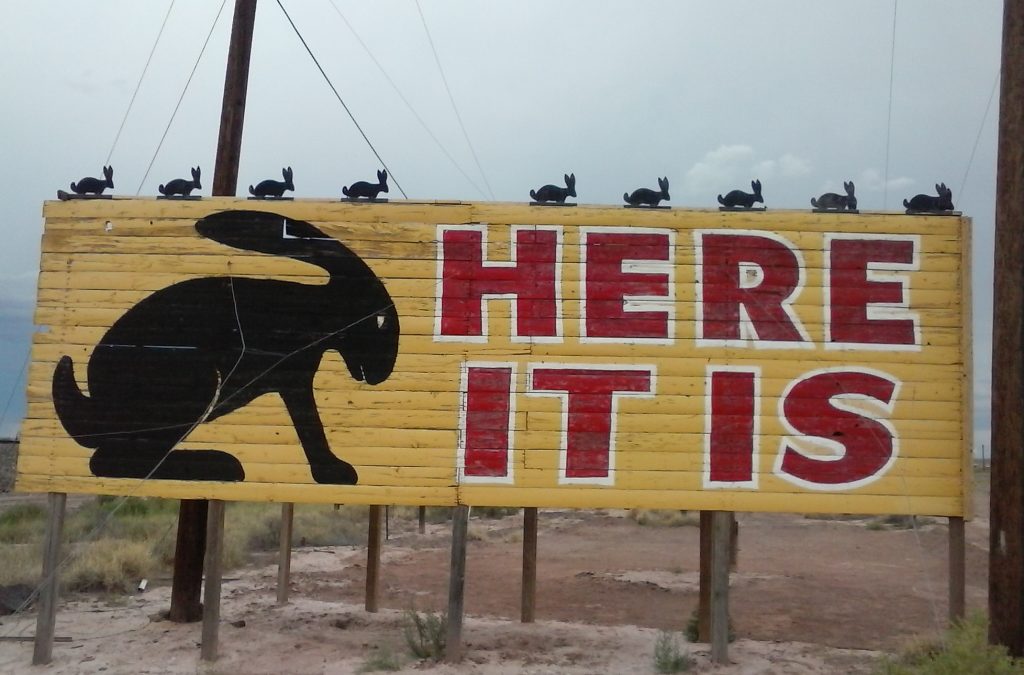 HERE IT IS | The Route 66 Jackrabbit

This is the exit I’d been looking forward to for a thousand miles!

I drove past this place many times when I lived & worked in Northern Arizona. I always thought it was long shut down but it isn’t. I stopped by on Day Five on Route 66 The Mother Road to have a looksee. 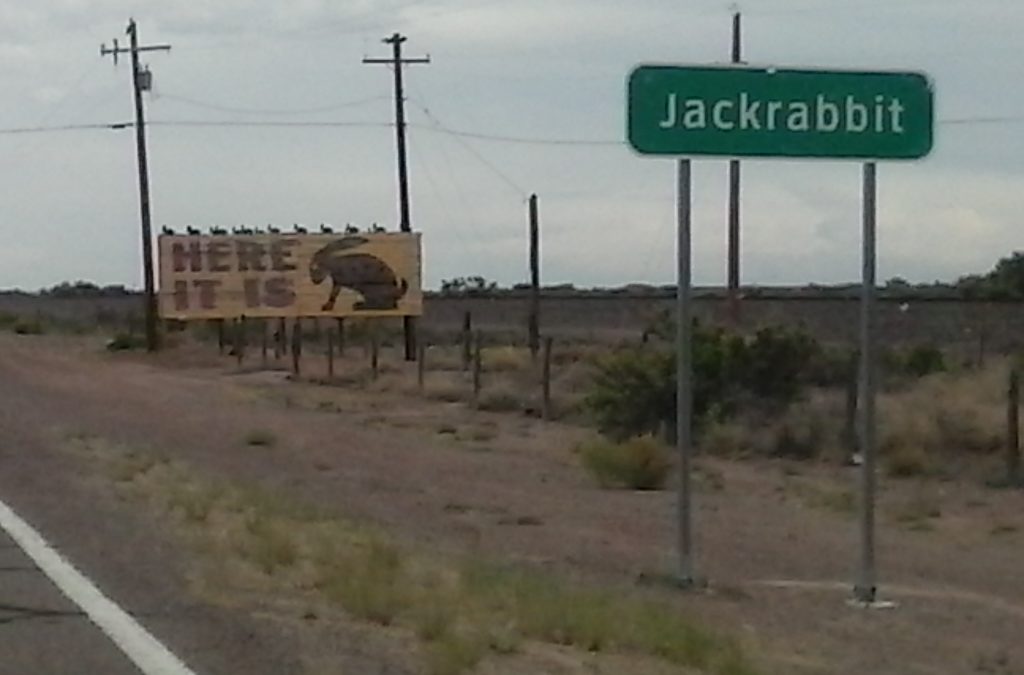 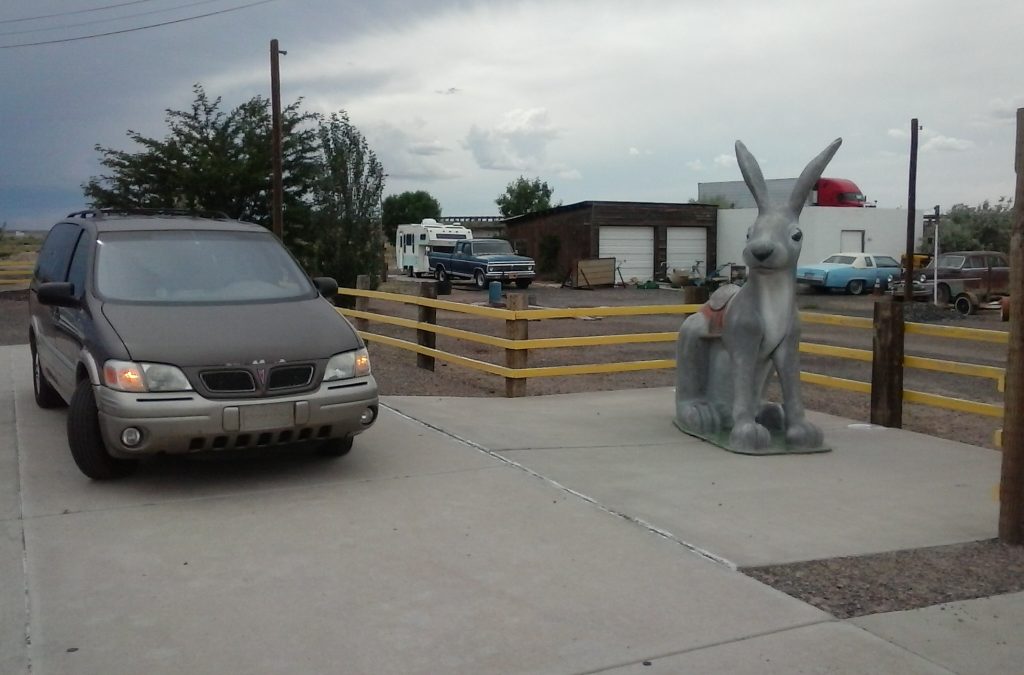 I pulled up near the big guy, hoping to catch & saddle him, then have an 8-second ride. As I got closer, I thought it was funny that he just stood there. Upon closer examination, it was evident that the Jackrabbit was a gyp, a hoax, a phony. There was no fur. It appeared to be constructed of fiberglass.

I prepared to mount the Famous Jackrabbit for my first ride. 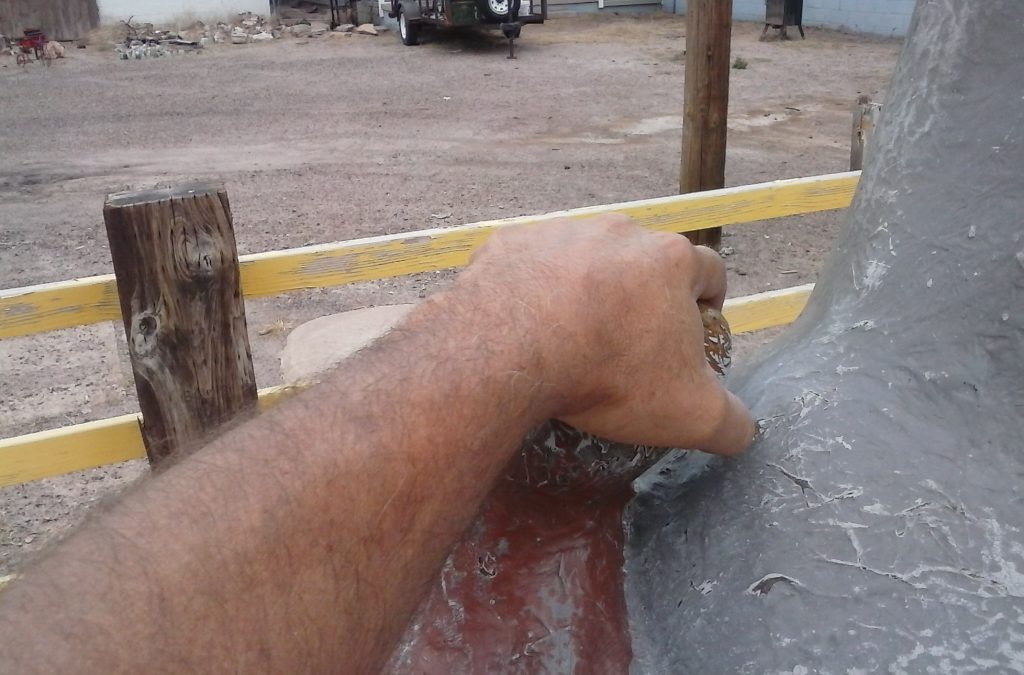 Climb Aboard The World Famous Jackrabbit 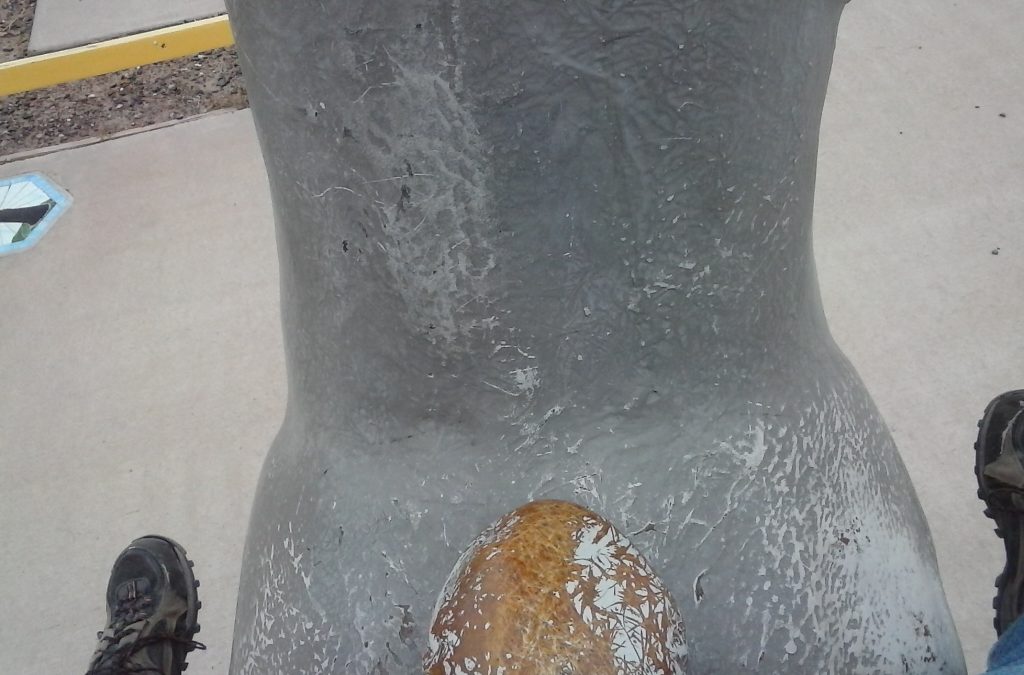 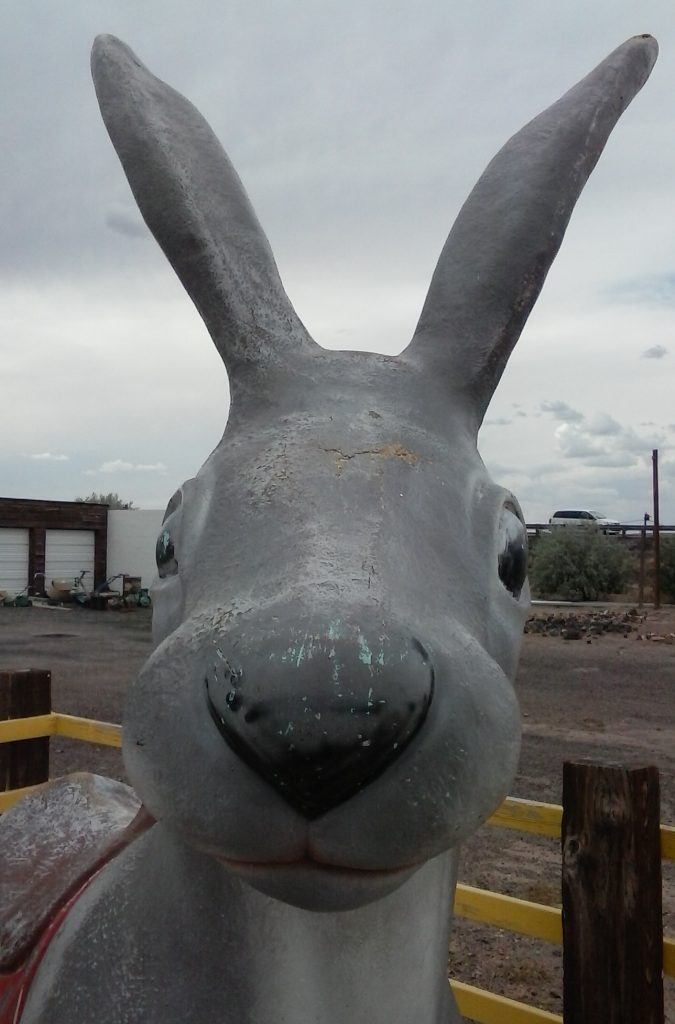 The Jackrabbit Is Unimpressed After My First Ride. He Looks Pretty Smug, Don’t You Think?

Since the Jackrabbit was a bust, I walked inside the Trading Post, hoping to console my grief with some ICE CREAM. But before you could say “Rebel Without a Cause”, there was James Dean. 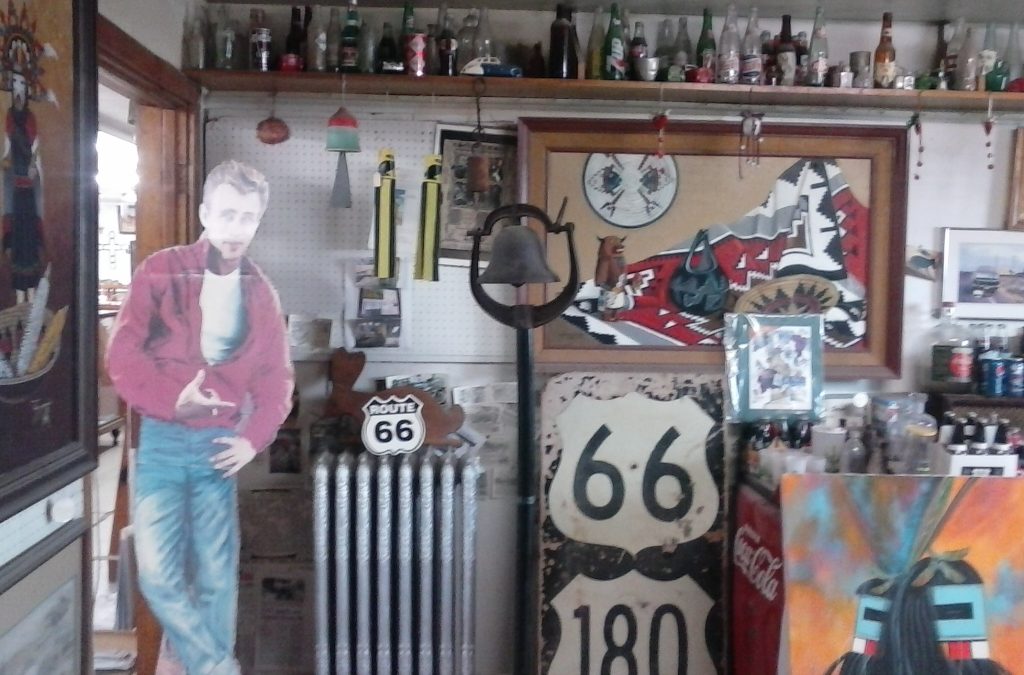 James Dean Loves The World Famous HERE IT IS Jackrabbit

Looking around, I picked up a license plate and some ice cream on a stick. 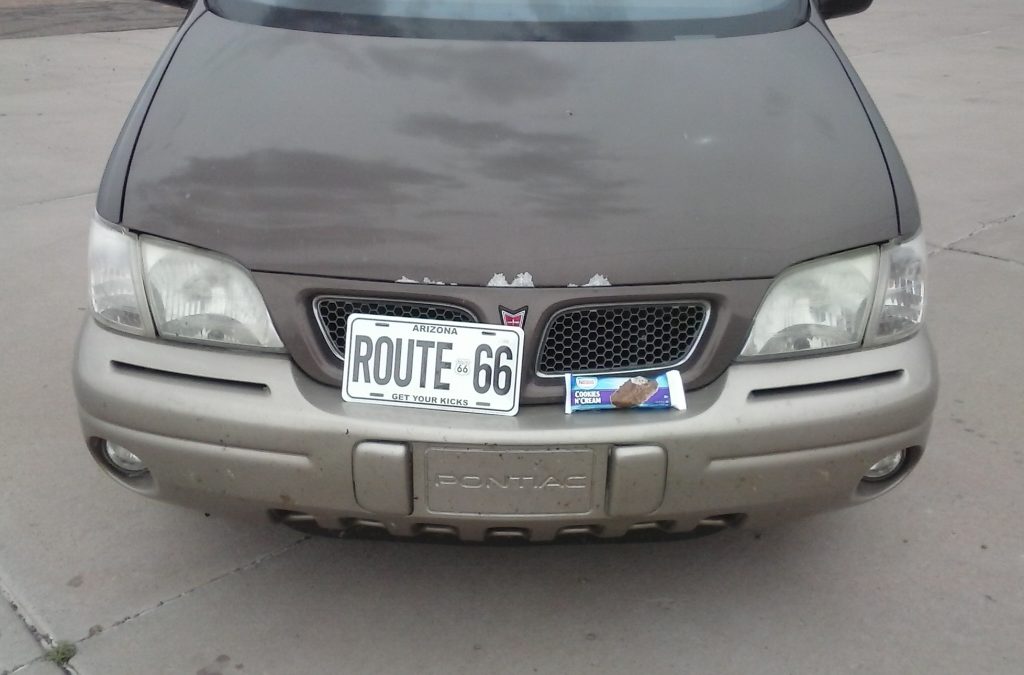 Unwrapping the ice cream, I was sad to note that it looked like somebody had sat on it. Was it Jackrabbit Revenge for that Wild Ride earlier? 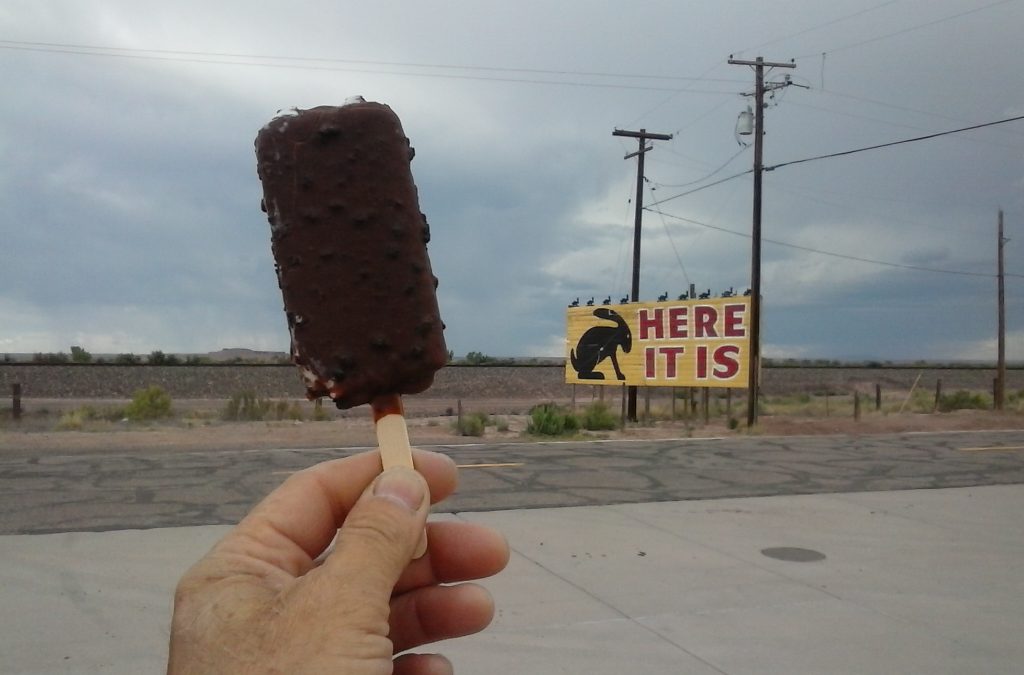 HERE IT IS And THERE IT WAS!! Leaving The World Famous Jackrabbit Older And A Little Wiser

Buzze A. Long, a little older and a little wiser, reporting from Jackrabbit Trading Post in Arizona on The Mother Road